Showdown in the Upper Temple of Orcus

Tonight’s session promises to be a great one.

The History:  A long time ago, the party cleared out the Upper Temple of Orcus.  Due to clever preparation and brilliant tactics, the party handled the temple like pros.  However, they got cocky. Shortly after the temple battle, and before the party could sanctify it permanently, a group of specters nearly wiped out the entire party. Only two characters survived.

Now, after a long time of strengthening new characters and amassing loot and supplies, the party aims to clean out that temple once and for all. They plan on freeing a mass of adventurers they found who were turned to stone by basilisks.  What is the price for being freed?  The adventurers “get” to help cleanse the temple. "Army" might be a better term than "party" at this point.

The Problem: The only way to sanctify the temple for good is to cast hallow on it. Hallow takes a day to cast.  That’s right, the party has to hold the temple for 24 hours.

This is going to be one for the record books. 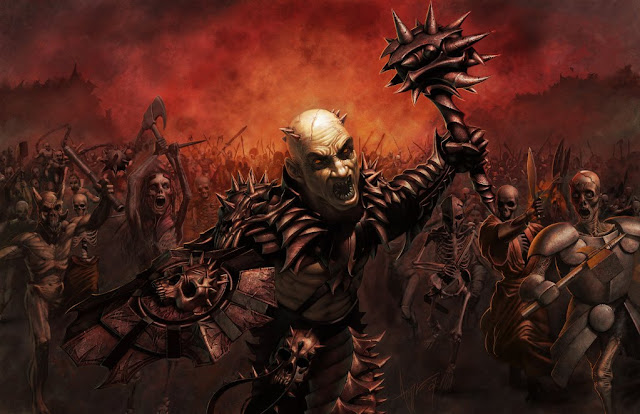