Thought I'd switch it up with a figure this time.  By Shinobitron

You got to love the full mug of mead.... 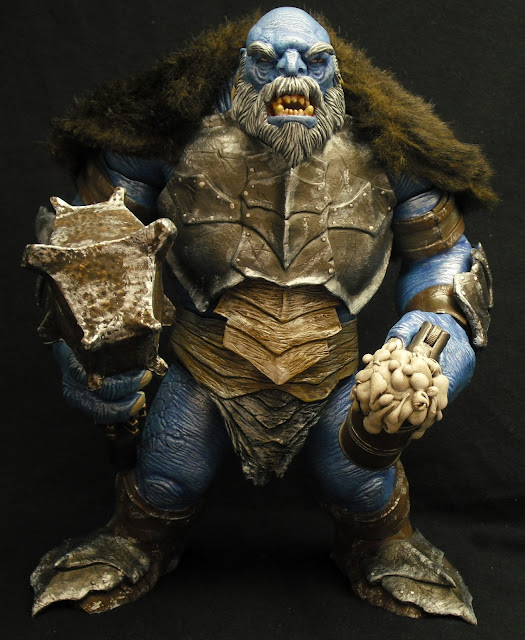 Just another reminder, the Deniath.com sale for Noble Knight Games starts at noon Eastern Time today. If you want an invite, email me at thebitterfrost a.t. gmail d.o.t. com

UPDATE: The deal is now live. It's a Groupon-type thing. Pay $10 for a gift certificate worth $20.00 towards used gaming purchases. "'Used Games'” are defined as any item that does NOT have a condition grade of SW (Shrink-wrapped), MINT, or New"
No comments: Links to this post
Email ThisBlogThis!Share to TwitterShare to FacebookShare to Pinterest
Labels: gaming deal, RPG 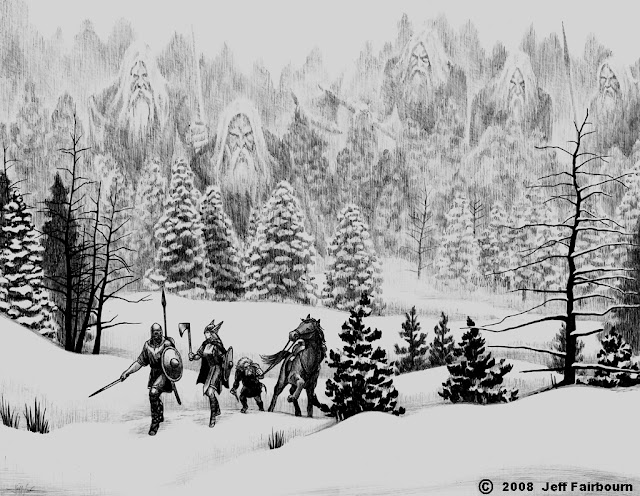 No comments: Links to this post
Email ThisBlogThis!Share to TwitterShare to FacebookShare to Pinterest
Labels: art, Frost Giant Friday, RPG

Deniath.com is having a Noble Knight Games promotion this Friday (3/23/12).

Deniath is an invitation only site, but I have invitations if anyone wants one. If you want one, email me at thebitterfrost a.t. gmail d.o.t. com.

Not sure what the NKG sale is about. Maybe gift certificates?
No comments: Links to this post
Email ThisBlogThis!Share to TwitterShare to FacebookShare to Pinterest
Labels: gaming deal, Gaming on the Cheap, RPG

I love the realism of the adventurers' look (e.g., the backpack, etc.).


Frost Giant by ~laclillac on deviantART
No comments: Links to this post
Email ThisBlogThis!Share to TwitterShare to FacebookShare to Pinterest
Labels: art, Frost Giant Friday, RPG

My wife picked this up for me at Tuesday Morning (a thrift chain around these parts) for 99 cents. 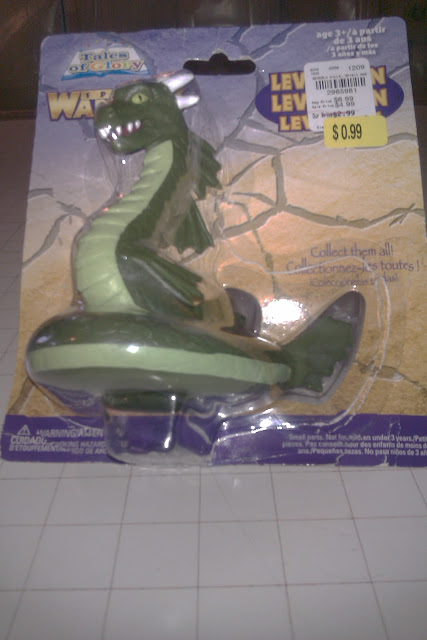 It even came with its own stat sheet! 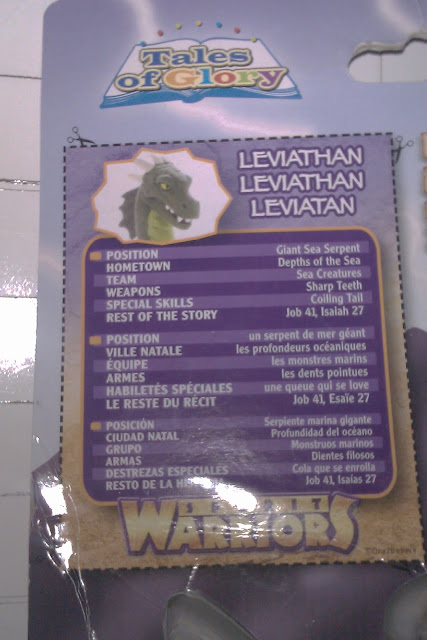 I have to admit, I find it kind of funny that this guy is from the "Tales of Glory: Spirit Warriors" line-up.

Here are shots to show the scale:


No comments: Links to this post
Email ThisBlogThis!Share to TwitterShare to FacebookShare to Pinterest
Labels: Cheap Miniatures, Gaming on the Cheap, miniatures, RPG

I saw these in the "$1 and Up" aisle at Michael's craft store. Apparently these dragons are part of the THE ALIEN FORCE! 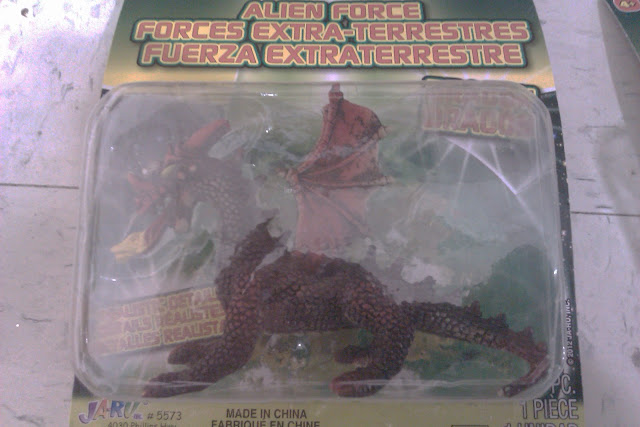 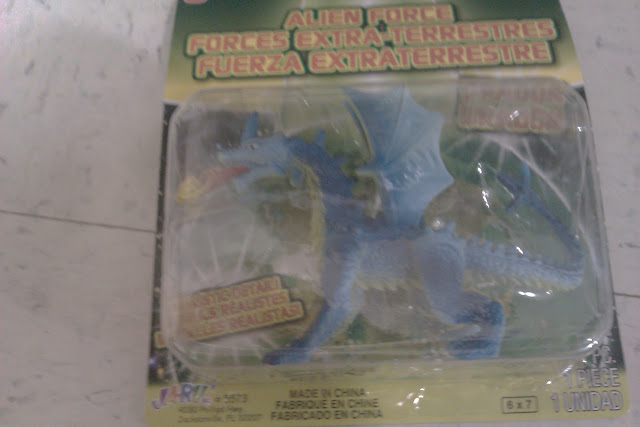 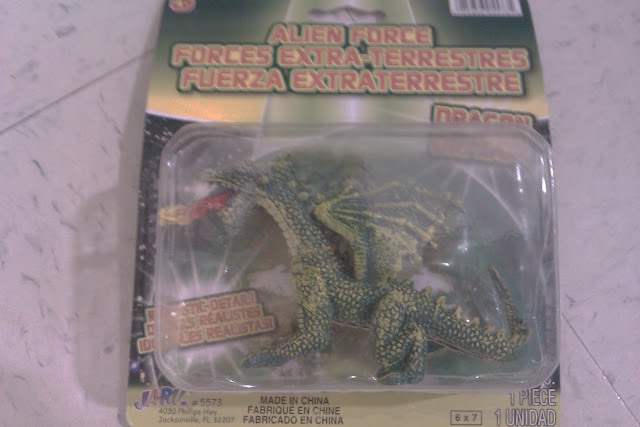 No comments: Links to this post
Email ThisBlogThis!Share to TwitterShare to FacebookShare to Pinterest
Labels: Cheap Miniatures, Gaming on the Cheap, miniatures, RPG

Having Awesome Players is Awesome

Dave "the Knave " White set up our whole group with this awesome shirt last session (Dave has a thing for t-shirts: Too Many T-Shirts): 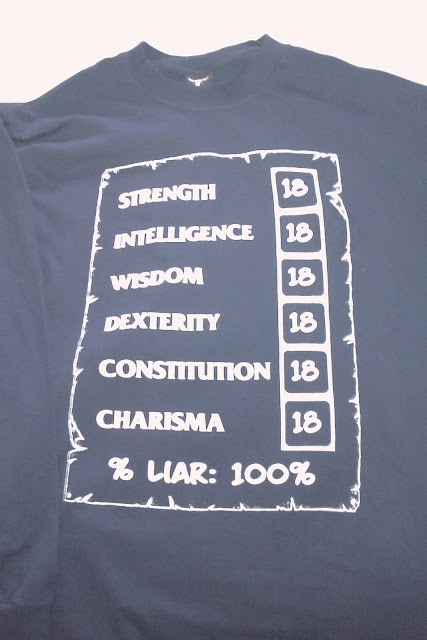 The "% Liar" bit is a double joke.  Here is the story, per Monte Cook:
The original D&D booklets had a typo. In the monster entries, instead of saying "%Lair" (for the percentage chance that the creature would be found in its lair), it said "%Liar." The Arduin books embraced that concept (I'm guessing without knowing it was a typo): In those books, that game stat reflected the percentage chance that, if you talked to it, the creature would lie -- apparently at any given time. It was a rule to handle the roleplaying of the creature. And along with the expected "%Liar: 45%," the Arduin books even had monster entries that said, "%Liar: too stupid." So the monster was too stupid to lie.

(Dragon columnist Ray Winninger has a hilarious story from back then. His group, who also believed that the stat determined how often a creature would lie, applied this rule to the elf henchman with the party. The PCs would ask the henchman if he had enough food, or whether he needed healing after the last battle, and the DM would roll to see if he told them the truth. You can just imagine the poor, starving, beat-up henchman, when asked if he needed any help, feeling this odd compunction to lie... shaking his head "no" with a look of profound regret and helplessness on his face.) 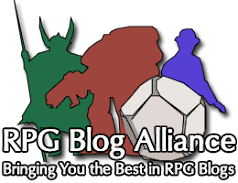 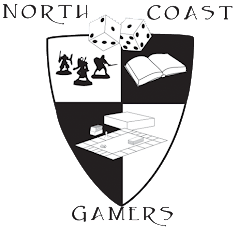